With the recent release of Hexingtide’s second public playtest, I pulled the first playtest release of pregen characters. I felt like I could do better, creatively speaking, in additional to the mechanical reworking each character needed.

As part of this effort, I commissioned Scottish artist Andy of Lost Haven Art for a series of character portraits in the vein of the Mike Mignola & Darkest Dungeon vibes Hexingtide is working with.

The end result are eight pregen characters for Hexingtide. Some of the favorites from the first round such as the Frankenstein-ish Doughboy, the mummy Djofer, crustacean clawed Aviatrix Evelyn, and the demonic Jezebel St. Germain remain.

Newcomers include the mystery of the levitating Lung, the savage Half-Human Wechuge, little Odd Hob, and the radically reworked zombie Cursed King Cain. 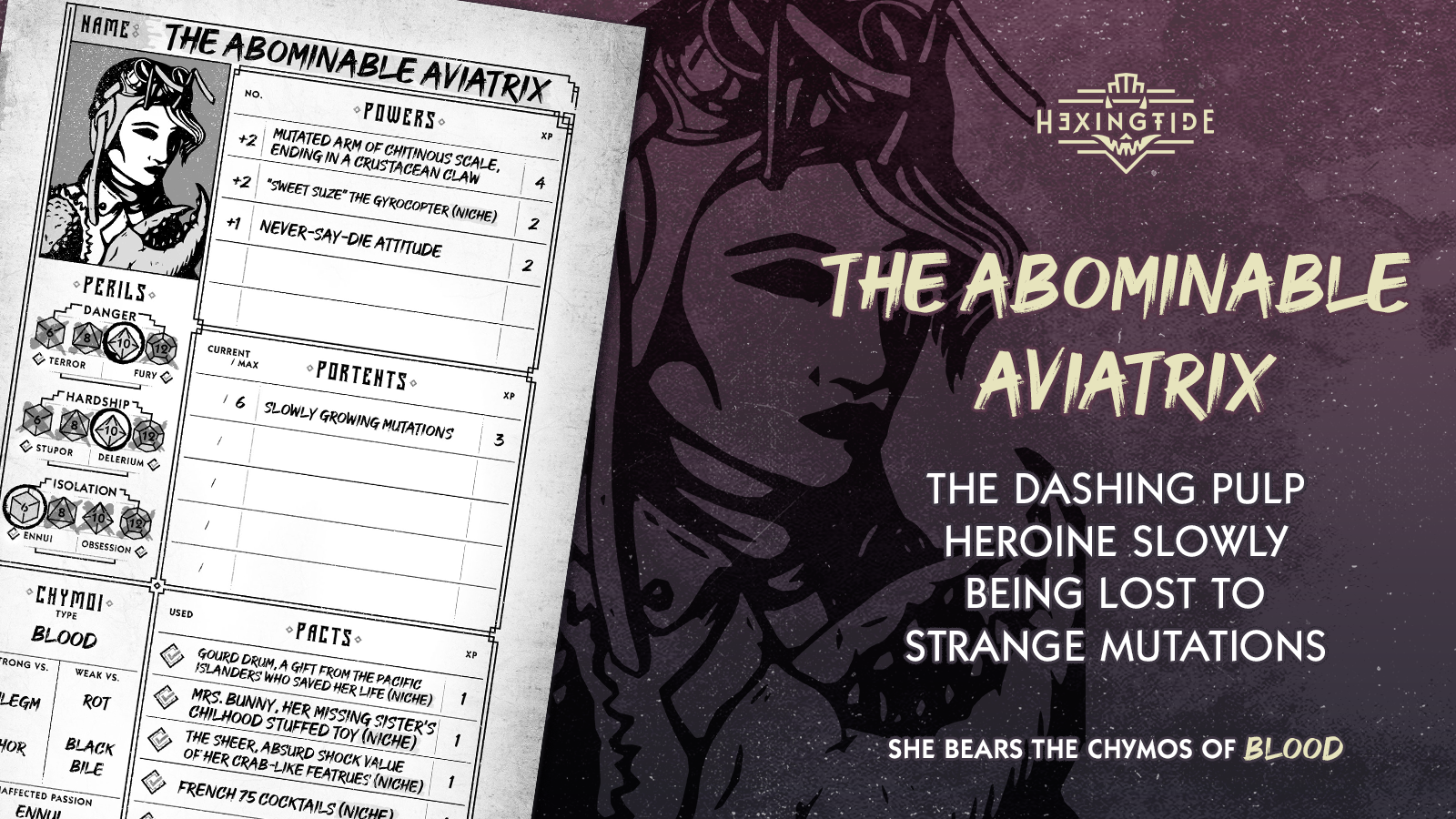 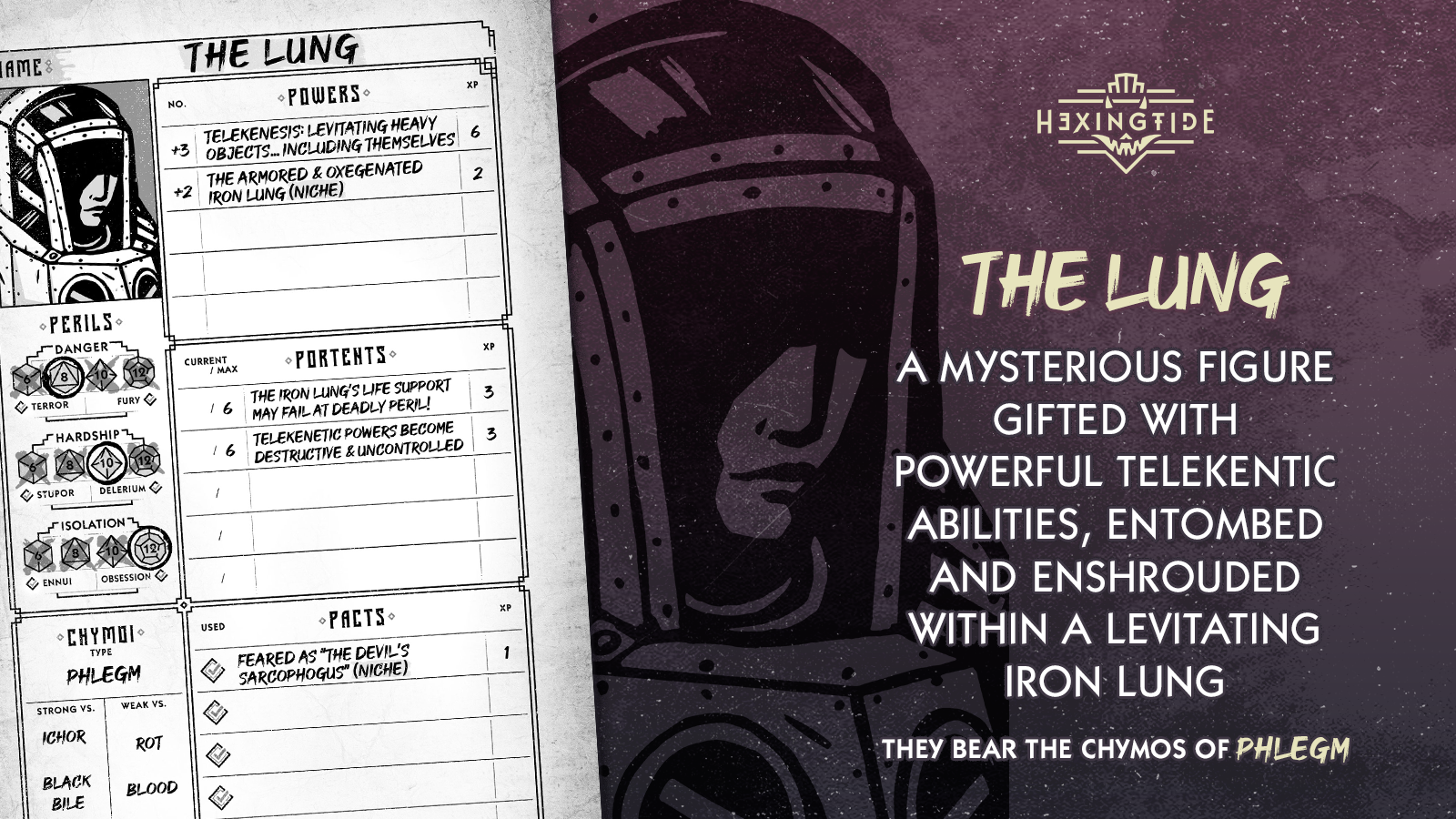 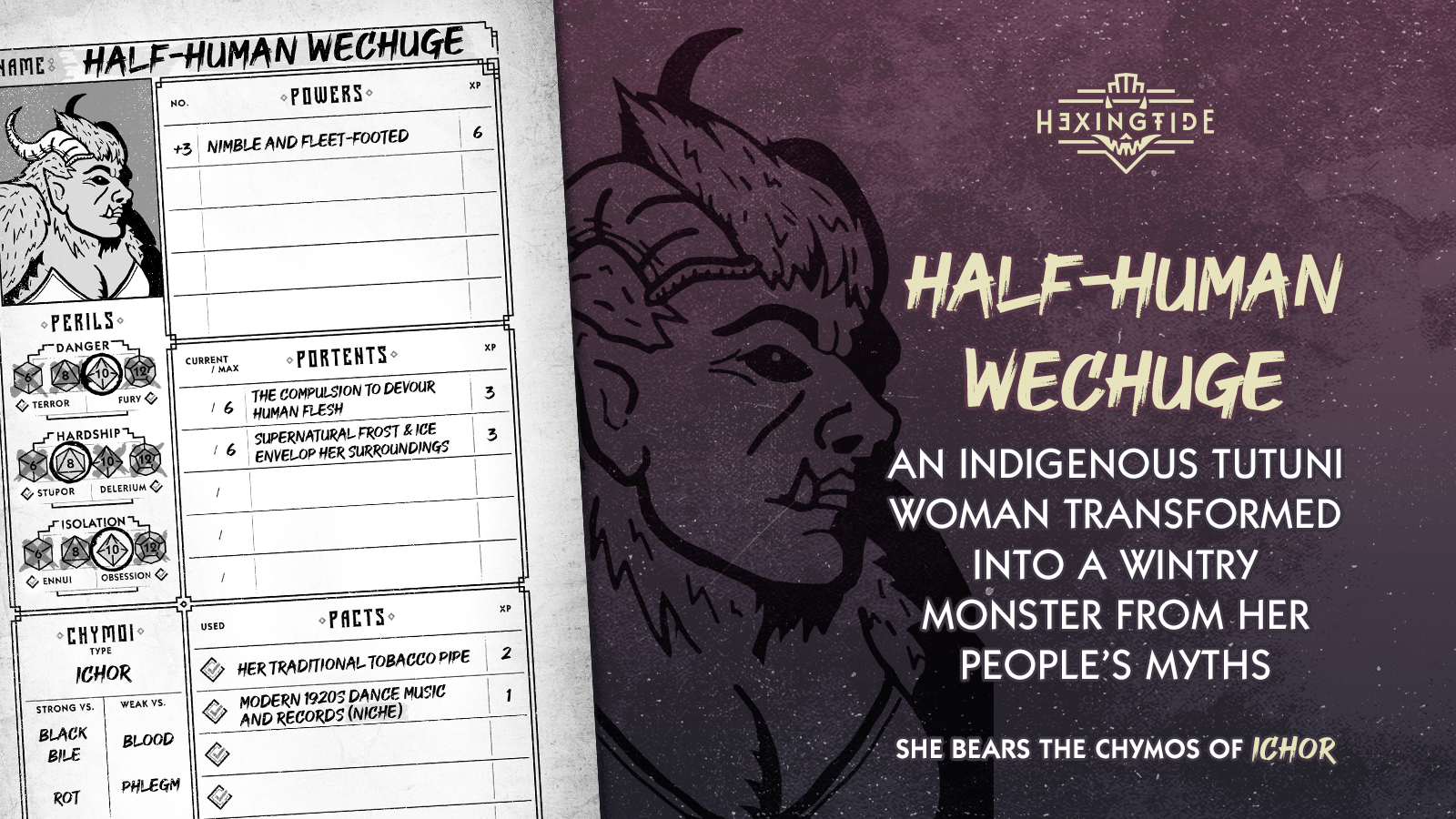 I am IN NO WAY a power user of Discord, but it's been impressed on me pretty clearly how important the platform can be for building communities around new, indie RPGs.

So I've launched one for Hexingtide.

I don't know yet what I'm doing. It's going to be a bumpy ride.

How's that for a sales pitch?