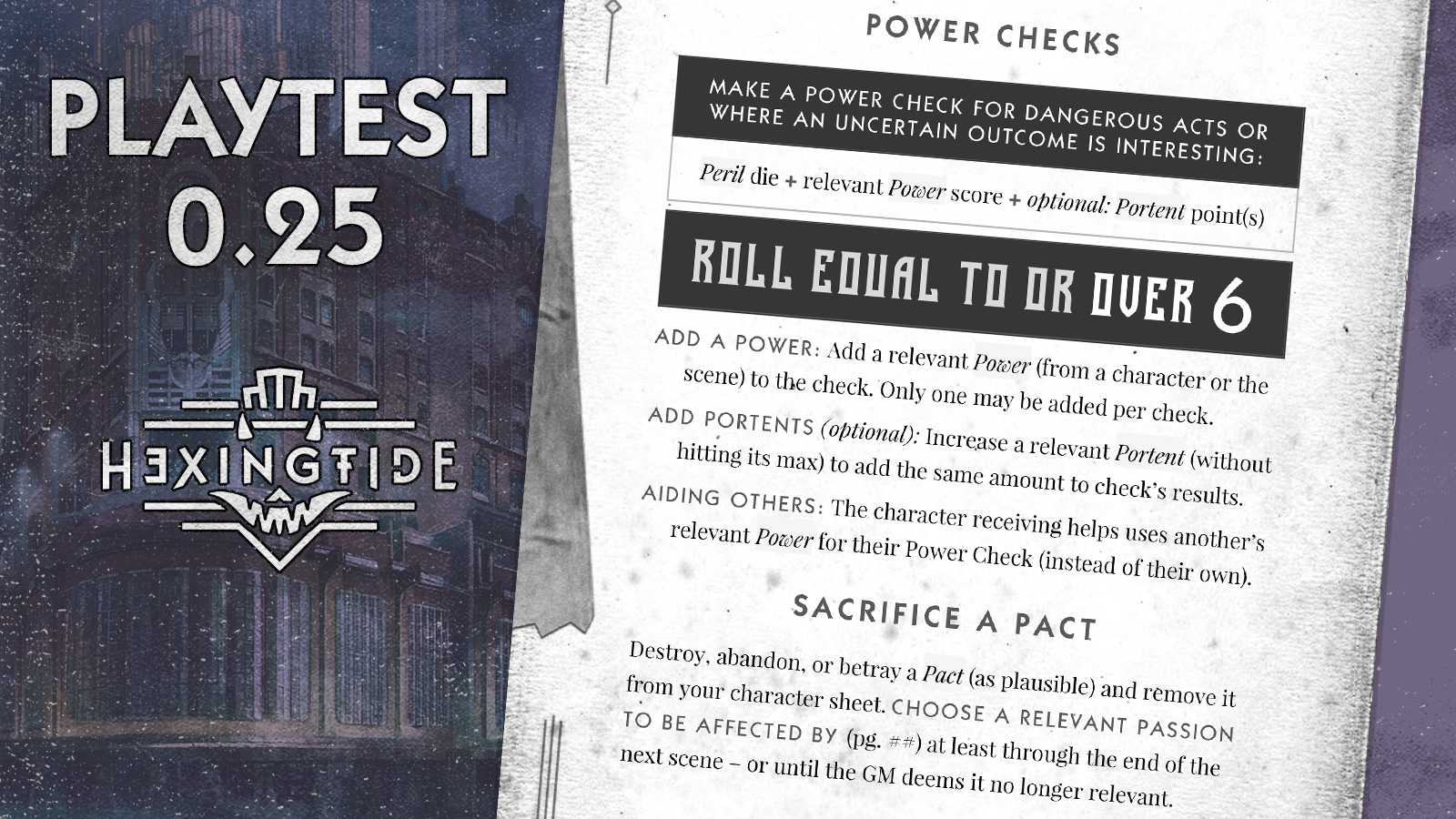 This update includes some minor revisions and alterations to a few rules, plus a handful of editing fixes (typos and punctuation, oh my!).

The status effects I first called "Conditions" have be renamed as "Passions," and some of the individual names have been updates (in an homage to the World of Darkness example of dramatic, vaguely-esoteric implications of stats, skills, and the like). This should have the effect of being more thematically tied-into the game.

Note: like the Peril dice, this isn't claiming to represent reality, proper, but a way to hone in on the monster theme.

With the update to the core mechanics seen in Playtest 0.2, the change to the effect granted by Sacrificing your character's Pact was kludgy at best. Now, this mechanic ties directly into the Passions/Conditions mechanic. Simpler, more unified rules subsystems - that also plays into the double-edged sword nature of the rules established with the Perils and tapping into Portents.

To better serve the aim of keeping these rules minimal and low-overhead for GMs to run (and players to remember), I've replaced variable target numbers for the core mechanic with a consistent single score for both Power and Portent Checks. 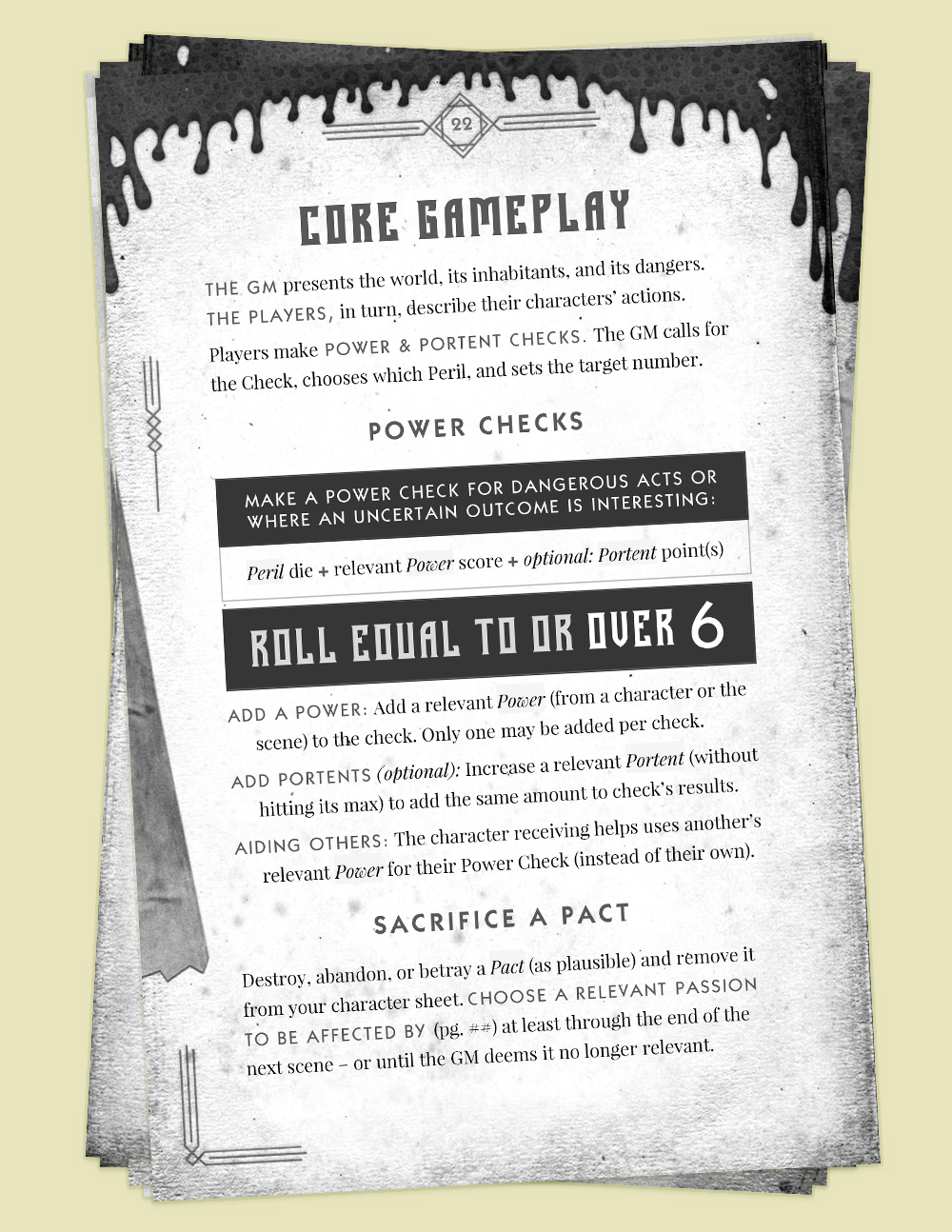 The change to the target numbers has ramifications on enemy stats. I've updated that accordingly, which also results in simpler monsters to build and run for GMs.

I've clarified that Portents reset to zero after hitting their max (and all hell subsequently breaking loose).

This has been present in the playtest games, but was SHOCKED to notice I'd not written it explicitly into the rules.