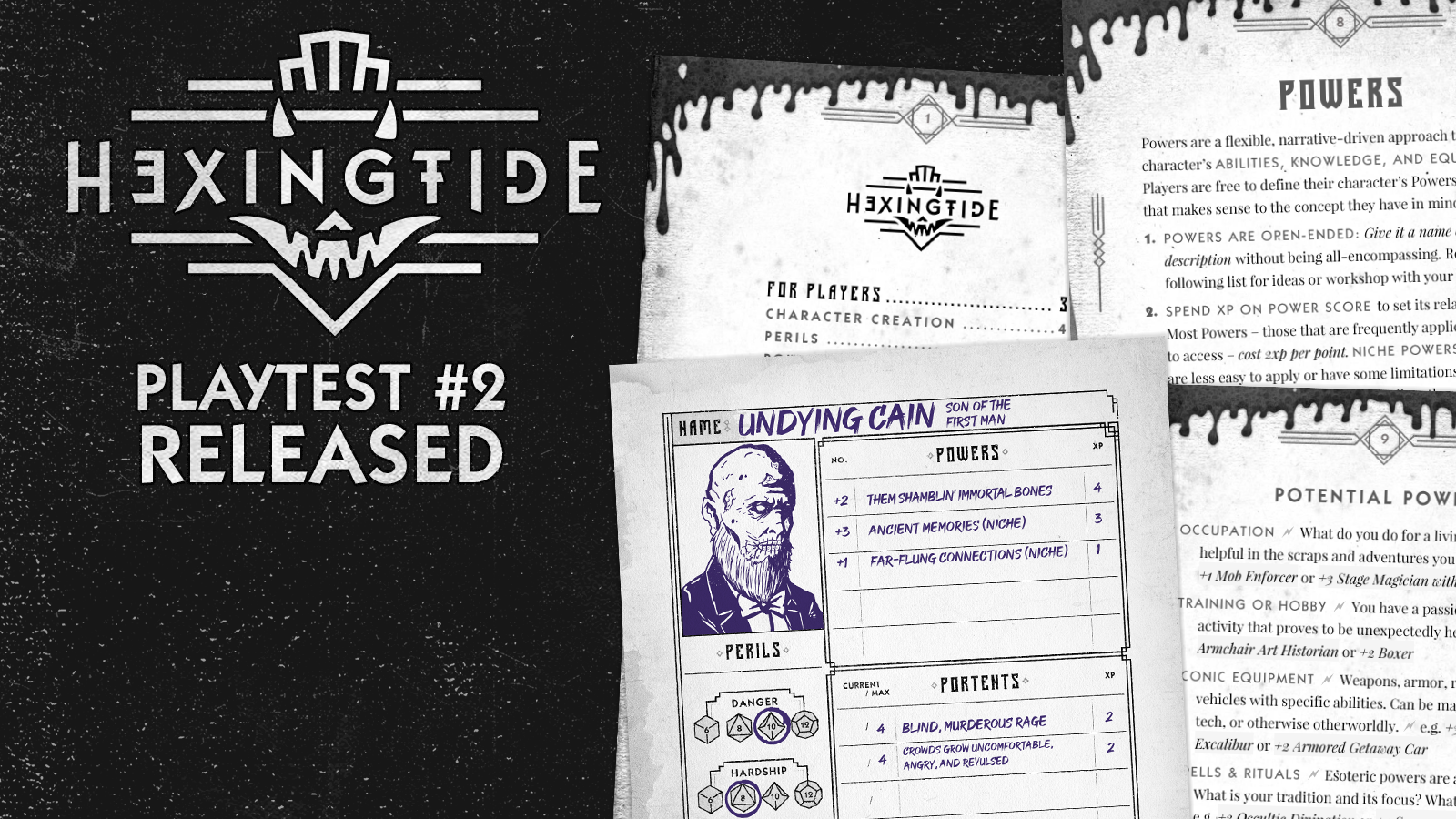 After a few months of in-person and online playtesting (and various side quests in the Real World) I'm happy to release Playtest #2 of Hexingtide - the minimalist TTRPG rules for monster heroes, inspired by Mike Mignola's Hellboy, the various incarnations of the World of Darkness, and other pop culture and folklore monster stories.

The very good news is the core foundation of the game is working well.

Little of the foundation of the game needed to be altered: the tri-part construction of a player character into skill and ability tracking Bonuses (now Powers), looming dangers of defensive Banes (now Portents), and the de jure healing mechanism of humanizing Bonds (now Pacts) remain in place - as do the rules-light rules of all player-facing dice rolls.

There are been some interesting additions to further customize player characters and to flesh out the rules with better explanatory text and examples. Hexingtide is now a 32 page 5.5" x 8.5" zine (with six of those pages being actual covers with art and pseudo end pages).